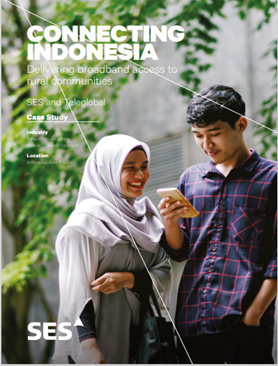 The 261 million inhabitants of Indonesia trend young and tech-savvy, forming the largest internet user base in the region. As of 2018, some 64.8% of its inhabitants were connected to the internet, the vast majority via mobile phone. Where connectivity is available, Indonesians have proven to be enthusiastic adopters of online lifestyles. In a country where less than half of the population has a traditional bank account, mobile e-commerce apps have become life-changing enablers of commerce and economic growth. Indonesia ranks 5th and 6th in the world, respectively, in average hours spent on mobile internet and hours spent on video game consoles, well above the global average for both. The full picture is less rosy, however. According to data released by the Indonesian Internet Service Providers Association (APJII), while 72% of the urban population is online, this figure drops to 48% in rural areas. In addition, internet availability is much lower outside of the most populous island of Java, at 58%, dropping to 19% in Sumatra and down to just 2.5% in the outlying provinces of Maluku and Papua. To meet the connectivity requirements of rural areas and spur the digitalisation of the economy, Indonesia’s Ministry of Communication and Information Technology, working through its Badan Aksesibilitas Telekomunikasi dan Informasi (BAKTI; ‘Telecommunication and Information
Accessibility Agency’) has embarked on a trio of landmark projects. The 11,000-kilometre ‘Palapa Ring’ undersea fibre-optic cable network threaded around the main Indonesian islands has connected 514 districts and cities, while the country is also undertaking the design, construction, and launch of its own 150Gbps telecommunications satellite. In addition, to connect remote locations in the interim, BAKTI has engaged service providers, including Teleglobal, which has leased 1.3GHz of satellite capacity from SES through its leased capacity project

BAKTI aims to connect some 150,000 sites in remote parts of the country, including freely accessible internet to rural communities, hospitals and 50,000 schools. By necessity, the Palapa Ring serves mainly coastal settlements. That leaves the leased capacity project as a bridging solution to connect the remote communities the Palapa Ring cannot reach, until Indonesia’s own Satelit Multifungsi enters operations in 2023. Through a five-year agreement with SES, with a five-year option to renew, Teleglobal is providing broadband internet access and mobile backhaul services to such locations using the SES-12 satellite. A first phase requirement to connect 1,000 Internet access sites and 2,300 mobile backhaul sites was completed last year, with a further 4,000 backhaul sites set to follow them this year. The network must meet strict standards of reliability and availability, based on a service level agreement. Teleglobal and SES Networks have built two fully redundant fibre-linked gateways, one in Jakarta and one in nearby Cikarang, to host the platform hub and deliver the required internet and mobile connectivity across the country.

“With the new service offering,
Teleglobal is bridging the digital
divide and bringing much-needed
e-Government and other essential
services to the underserved rural
communities of Indonesia. SES
Networks’ unparalleled global reach
and operational expertise make them
the ideal partner to provide reliable,
high-speed broadband connectivity
to all corners of Indonesia.”

Indonesia’s unique geography throws up very specific challenges to achieving digital inclusion. The world’s fourth most populated country is the also the world’s biggest archipelago nation, made up of more than 17,000 individual islands, separated for the most part by deep ocean channels. Its land territory is characterised by dense rainforest, high mountains, and even glaciers. Most of all, Indonesia is enormous. Its territory stretches 5,210 kilometres from east to west, making it wider than the entire continental United States. The Indonesian government, working through the BAKTI agency, has decided on a three-part solution to bridge the country’s digital divide. With the Palapa Ring fibre-optic network complete and Indonesia’s own satellite on the way, the pressure was on Teleglobal to harness its ability to scale up swiftly and fill current connectivity gaps.

With its unmatched scalability and expertise in digital inclusion projects across diverse geographies, Teleglobal selected SES Networks as their satellite provider. Key to making this possible was the presence of the high-throughput satellite SES-12 at 95°E, in geostationary orbit (GEO) at an altitude of more than 35,000 kilometres. Launched in 2018, the 5.3 metric ton satellite employs electric propulsion to maintain its orbit, rather than traditional chemical propellants. This allows more mass to be devoted to its communication payload. Accordingly, SES-12 possesses six wide beams and 72 high-throughput user spot beams. A total of seven of these spot beams have been devoted to deliver the necessary bandwidth and coverage across Indonesia’s extensive territory. SES-12’s onboard Digital Transparent Processor enables customisable flexibility such as the readiness to respond rapidly to changing circumstances on the ground. For instance, if an undersea fibre-optic cable goes offline, SES-12 could rapidly replace the missing capacity from multiple gateway options.
SES provided training to Teleglobal’s network operations centre (NOC) personnel, supporting them in managing what has become SES’s largest network in the Asian Pacific region, with expert technical support available from SES’s own NOC in Luxembourg.

The most important thing that SES brings to Indonesia’s efforts to bridge its digital divide is time. As the country develops its large-scale infrastructure – on Earth and in space – SES is ready to widen internet access to some of the most deprived regions. Going forward, SES’s flexibility and rapid response capabilities stand ready to modify coverage as required. “BAKTI and Teleglobal have the vision to change the quality of people’s lives,” comments Candra Indianto, a Teleglobal Director. “And we are confident that SES can help us make this happen.”

Get updates and learn from the best 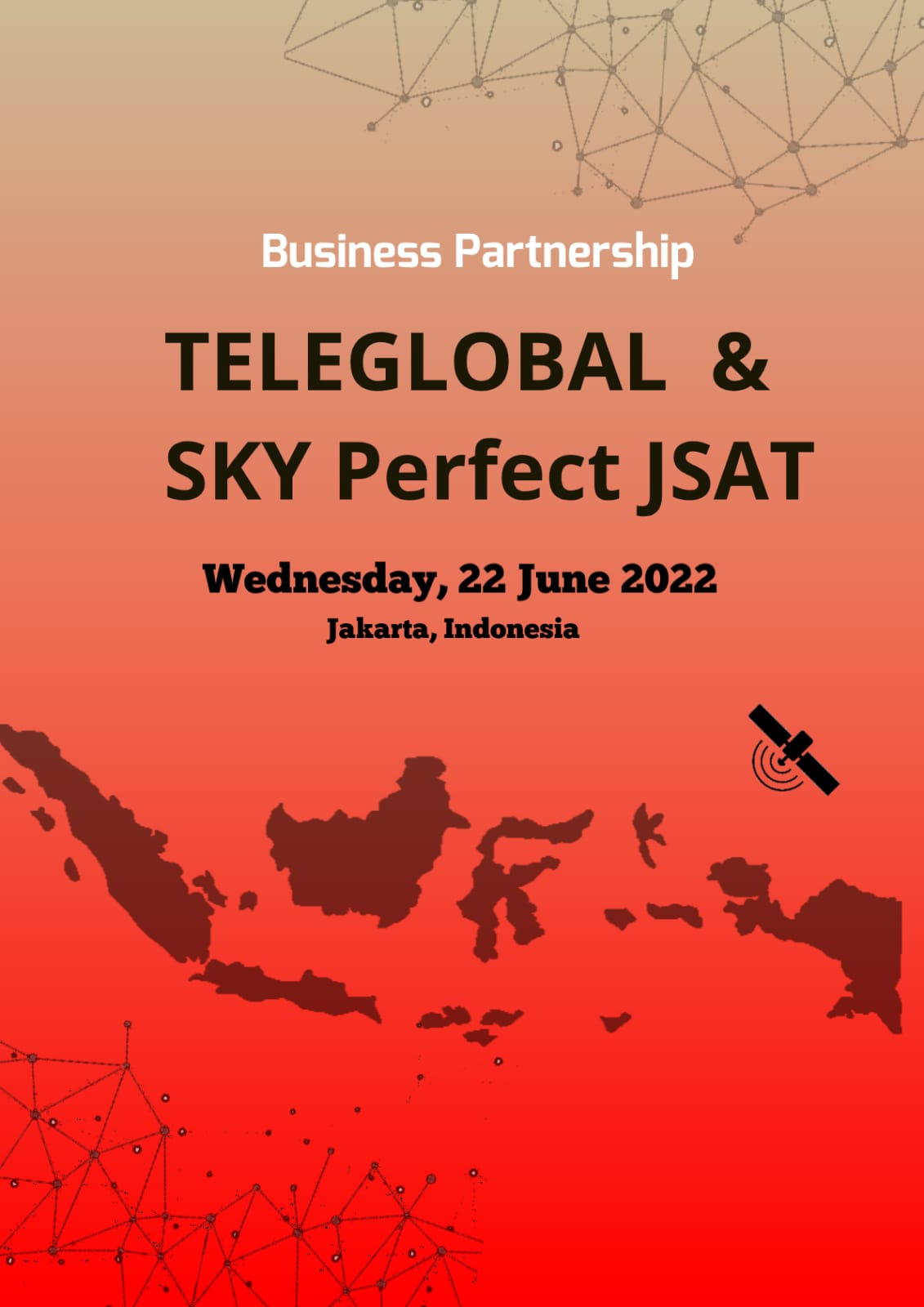 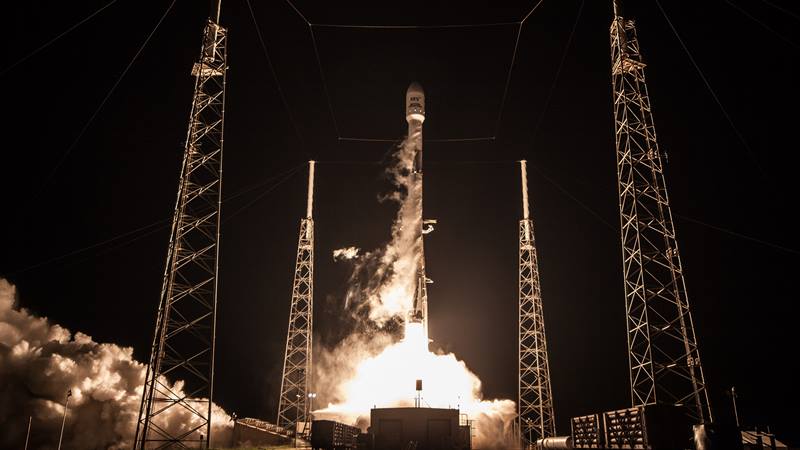 Teleglobal is an Information and Communication Technology company established in 2000, we offer a comprehensive range of communication services and solutions in data, mobile, and multimedia services.

Get the latest news & updates

Hit enter to search or ESC to close